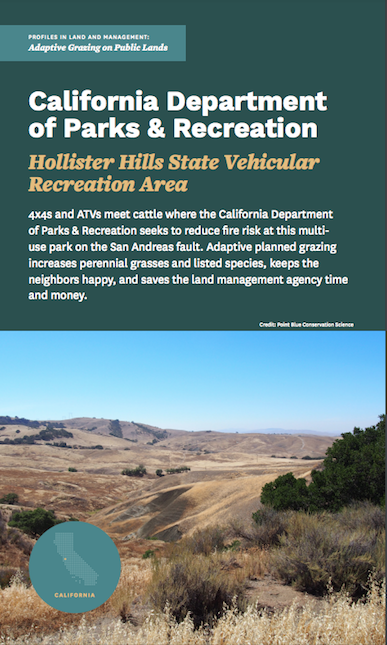 Hollister Hills State Park (HHSP) was established in 1975 and expanded with the purchase of neighboring ranches in the 1980s and 1990s. Most of this site has a history of continuous grazing over many years by large herds of cattle. When the Parks Department proposed using prescribed burns to manage fire danger, the neighbors were opposed. In 1994, however, a rangeland ecologist suggested that planned grazing might be an effective alternative that could also enhance the health of the land. That year, planned grazing began as a trial and has been used ever since, including as a buffer to protect neighbors from the noise and dust of the OHV park.

Morris Grassfed has worked with Point Blue Conservation Science and Hollister Hills State Park to manage the rangelands for public use, fire safety and wildlife.